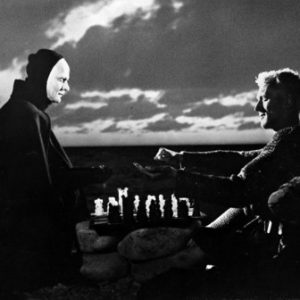 This sermon, “Let’s Talk About Death” was originally delivered to the congregation of Harmony, a Unitarian Universalist Community, on July 2, 2017. It is published here with permission from the writer, with all rights reserved.

From our childhood we absorb ideas and myths about dying. As we age, we talk less and less about death, and our misconceptions may grow. These myths can get in the way of planning properly and positively for the end of life. Let’s have a positive discussion about some these myths and what you can do to best prepare for the end of life.

Why is death a taboo subject?

In America, the way we experience death has changed. It has become something controlled by others. Death has become something that happens in hidden spaces. In hospitals, and nursing homes. Our loved ones are prepared for memorial behind the closed doors of funeral homes. Where once it happened in our homes, we prepared and laid out our loved ones, and it happened often.

“There is no point talking about ‘it.'”

Talking about dying will not make it happen! As a society, we tend approach death with:

In the American view of death, we don’t want to think about “it”—which is really a form of death denial. We believe death equals failure. We’ve become unable to express grief, or simply wanting those who grieve to be over “it” already.

What they don’t know, can hurt them. Being honest about your wishes when it comes to death and illness with those you love can be hard. About 90 percent of people say that talking with their loved ones about end-of-life care is important. But only 27 percent have actually done so, according to a 2013 national survey.

You may fear that once you start talking, things will never be the same. However, many people find that once they have had the conversation, they find it comforting.

Why we need to have the conversation

Talking more openly about death and dying can help you make the most of life and to support loved ones. With an aging population and people living longer with life-limiting illnesses, discussing dying is increasingly important. Many of us think that it is extremely important that their family is burdened by tough decisions about end of life care, and funerals, but don’t know where to start. 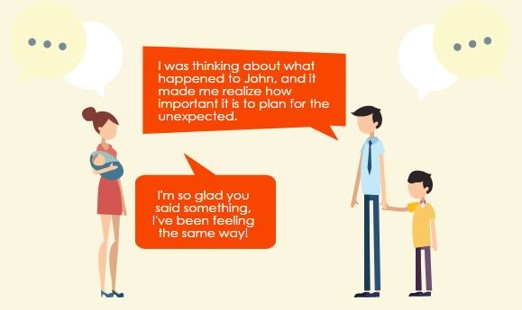 Tips for having the big conversation

It’s OK to be remembered—and make it personal

Many of us have strong views about our care and what happens after we die, but if we don’t talk about our wishes these are unlikely to be met. Roughly 16% of people over the age of 50 have written a specific set of instructions for their funeral. When we don’t plan ahead, most families rely on doctors, hospice workers and funeral directors to create a service. This often leads to loss of meaning for the family.

“I’ll be vulnerable and powerless towards the end of my life.”

It’s true that as people become increasingly ill they are unable to control what happens to them on a minute-by-minute basis. But many people effectively remain in control because they have prepared for a time when decision-making won’t be easy.

You can begin the conversation about death by working on some key end-of-life planning documents. These should include a living will, health care power of attorney, and end of life care declaration.

Also, consider who should be named on the “Next of Kin” List. If you don’t make this list ahead of time, your next of kin typically defaults to spouse first, followed by adult child, parents, and adult siblings (in that order).

Finally, there’s funeral/memorial planning. Most funeral homes offer pre-planning guides at no cost. They often allow you to pre-plan, and have options with or without payment.

Angie Carter is a death positive thanatologist, and funeral director apprentice, who believes that death should no longer be a taboo subject. You can reach her via email at angi3.carter@gmail.com.

Let’s Talk About Death from Harmony, a Unitarian Universalist Community