When I Thought My Dad Was Dying: Reflections on Finding Hope and the Healing Power of Prayer?

When I Thought My Dad Was Dying: Reflections on Finding Hope and the Healing Power of Prayer? 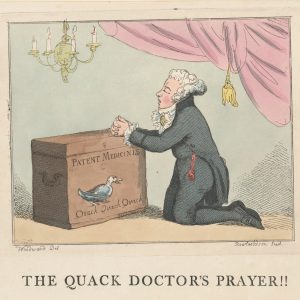 This sermon, “Reflections on Finding Hope and the Healing Power of Prayer?,” was originally delivered to the congregation of Harmony, a Unitarian Universalist Community, on May 20, 2018. It is published here with permission from the writer, with all rights reserved.

Last time I did a sermon, I left feeling energized and unburdened. It was really cathartic for me, however it was emotional, so I told myself that if I ever did a sermon again, I would choose a less emotional topic than “Mental Health in America” to avoid any uncomfortable public displays of emotion… so I chose to discuss the time my dad almost died.

My decision-making skills are top notch, and I also am choosing to blame Rob Rogan for me being up here again, as I cave really easily to peer pressure, which coincidentally resulted in some poor decision making in high school and college. I also understand the possible pushback to the topic of prayer when giving a sermon to a bunch of UUs.

About 12 years ago, I first learned of my dad’s heart issues. My dad was never a man to seek out medical care, or any help for that matter. Apparently he had been ignoring ever-worsening chest pain for weeks, until one day he couldn’t make it up the hill in his backyard, as the pain was so bad. Bear in mind that when I say hill, I use that term loosely (it’s more like a 15-degree incline). He got into his doctor, who sent him to the hospital. My dad requested to drive himself and was quite footootsed to be taken by squad.

It was then that my brother and I learned that our dad had a type of congenital heart defect and he would eventually need open-heart surgery. Fast forward to 11 years later and I get a phone call from my dad. I can always tell within half a second if something is up with my dad, and I knew this was one of those times. His heart valve had gone kaput and he needed surgery to correct it. We discussed logistics, feelings, typical things, and then waited for the date. May 4, 7 a.m. According to my dad, you want the earliest appointment in the day so everyone is “nice and fresh.”

I saw him before they took him back. His spirits were high and the sedative was starting to kick in, which is always entertaining. 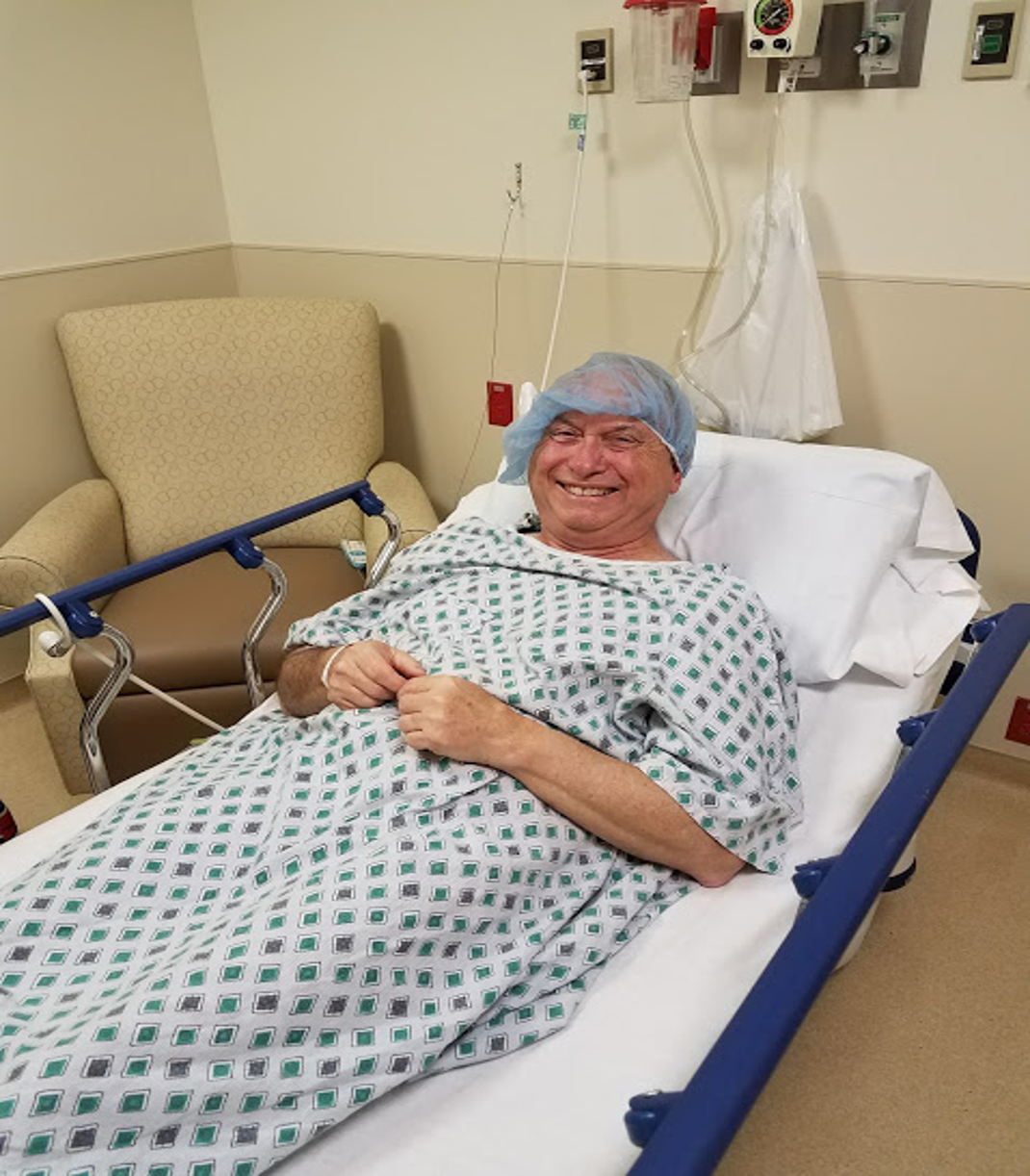 I am using this picture with permission from my dad. You’ll notice that his little hat thing is off to the side, because he insisted that it made him look like an army ranger. He also made repeated references to hoping no one was looking up his skirt, which was equal parts hilarious and unsettling.

After some playful banter, they took him back and we waited. We attempted to read, made small talk (which I struggle with under even the best of circumstances), and occasional attempts at humor. Then a nurse came out and told us the surgeon was closing and would be out to talk to us shortly. We were escorted into a small room and waited for what seemed like an eternity. The surgeon came in, informing us everything went perfectly. A collective sigh of relief filled the room. We were able to see my dad shortly after, and that sucked. I much preferred awkward small talk to seeing my dad in the CVICU. Despite the pain he was in, he did well for the first day or so. He did well, that is, until he didn’t.

Things deteriorated starting Saturday afternoon. He stopped being able to breathe well enough to keep his oxygen levels up and stopped responding to breathing treatments. After that, things snowballed pretty quickly. He had to be re-intubated, and his fever continued to rise- at one point reaching nearly 105 degrees, despite the use of a refrigerated blanket and him being packed in ice. Every day was worse than the day before.

May 7 is my son’s birthday and it was the day I thought my dad was going to die. I was helpless—we all were. I tried to keep friends somewhat up to date, but I, like my dad, struggle to reach out and ask for help. Everyone I did talk to had a similar response: “I’ll be praying for your dad,” (or some variation of thinking of/sending good thoughts, etc) and I found this oddly quite comforting. The idea that others were thinking of and caring about my dad and my family prevented me from falling apart. I mean, I’m nearly certain I believe in God—let’s call it 94%; one thing I am certain of is that I prayed my ass off in the hospital.

The healing power of prayer?

For a person who doesn’t ascribe to a particular religious doctrine, what was it about prayer that I found so comforting? Obviously, it was the highly skilled nurses and doctors who were largely responsible for my dad’s ultimate recovery. Could collective prayers and positive energy/thoughts have impacted the outcome? I was plagued by questions after the abundance of prayers my family and I received while my dad was in the ICU. Could someone with maybe a 91% confidence in a belief in God really pray? If your prayers aren’t answered, does that mean there is something wrong or weak within your faith? Can an atheist pray? Would an atheist want to pray, or would it just end up looking like this:

I decided to start with an empirical approach to trying to understand the power of prayer. In researching the effectiveness of prayer, I found that this was a fairly contentious topic among researchers. A 2006 article from the New York Times summed it up nicely:

Proponents have argued that prayer is perhaps the most deeply human response to disease, and that it may relieve suffering by some mechanism not yet understood. Skeptics have contended that studying prayer is a waste of money and that it presupposes supernatural intervention, putting it by definition beyond the reach of science. Several researchers suggested that people stop wasting their time and money on studying prayer, as there is nothing to be gained from the process, since studies of prayer really can’t provide clean data.

Basically, people should put their time and energy elsewhere. Despite this, I was able to locate a fairly large study done by Harvard—the STEP study—and I have a brief video summing it up, because I don’t know that I would do as good of a job as this low budget video clip does.

While I found the study interesting, I wasn’t particularly surprised by the outcome. Prayer, inherently, isn’t something that can be measured or studied with much, if any, reliability. So, my question remained and Harvard didn’t provide any new information for me. I guess this is where the whole “faith” thing comes into play, which is pretty hard for me to get my mind around.

Another perspective on prayer

My ongoing quest for answers led me to more questions surrounding what does meaningful prayer look like? In his book, The Energy of Prayer, Thich Nhat Hanh explores this very question, among others that I will touch on. Other than wondering what meaningful prayer looks like, I have always been curious about if prayer is merely begging or bargaining? Shouldn’t an all-knowing God have all the answers and understand/know what do? If that’s the case, why so often do prayers seem to prescribe to God what to do? 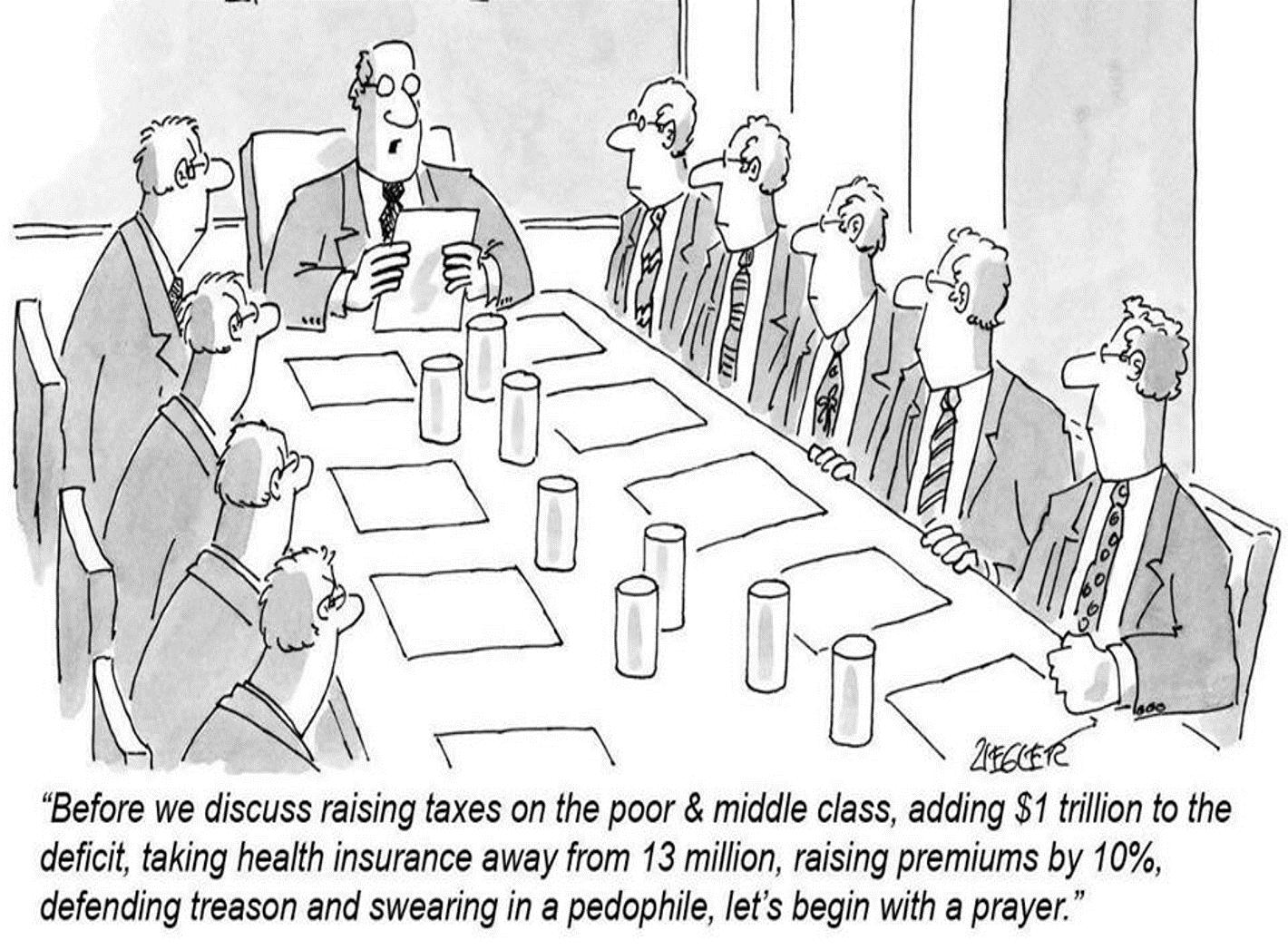 *My reaction to the rash of school shootings that resulted in little more than Republicans offering up thoughts and prayers is another discussion for another day.*

As someone who, with maybe 88% certainty, believes in some type of God, the idea of divine intervention has always been somewhat puzzling to me. I work with several people who regularly pray and view this as a direct connection to and way to communicate with God. They will ask for signs and wait for a response from God before they make any major life decisions and credit prayer with recoveries from migraines and various ailments. That works for them, empowers them, and provides connection and hope for them, but I have always seen prayer differently and in researching for this sermon, I was really hoping to get some clarity surrounding what prayer is for me.

I was left focusing more on changing how I view prayer. What if I chose to use prayer as a time for silent reflection, a time to practice gratitude, and to seek support (whether from a divine power or though a sense of interconnectedness with others)? When I started to change my perspective, prayer becomes to feel a bit more genuine, a bit more impactful, and much less like empty words.

Many of the sentiments in The Energy of Prayer really rang true for me and allowed me to explore prayer differently. How I conceptualized prayer shifted away from a conversation with a divine power and into focusing more on collective energy. When we pray, we are gathering strength from within us and combining it with the strength that lies outside us. Through this process, we practice mindfulness and it’s in this state of mindfulness that we can produce the energy of faith and love necessary to change a difficult situation. Many things in life are impermanent, which means that nearly everything can change, so the real question becomes do we want to change or not? In prayer, there has to be mindfulness, concentration, insight, loving kindness, and compassion. When love and compassion are in us, and we send them outward, that is truly a prayer.

Loving-kindness on its way

Even with changing my mindset about what prayer is and what it looks like for me, my initial question lingers: Does the offering up of thoughts and prayers really make any difference? Why are some prayers answered and not others? Thich Nhat Hahn reminds us that even if we pray wholeheartedly, prayer may not save our sick friend, but it may change something within ourselves. Prayer, he maintains, always has a result, but the level of that result varies. Through prayer, we are able to produce an energy of loving kindness, that can not only help to heal our own minds and bodies, but can also, by extension, heal the minds and bodies of our loved ones.

If our loved ones, our doctor, and our community know how to produce the energy of love and prayer to send in our direction and embrace us, then we can help our bodies recover their health. With the collective prayers (or collective energy or collective consciousness, whatever you’d like to call it) that my dad received, could this have contributed to my dad’s ability to recover?

I have come to peace with my many questions not having answers. Prayer has found its place on my spiritual path and I encourage you to reflect on if it has a place on yours. For many UUs, prayer can take on many different forms, collective energy, individual meditation and mindfulness, or acts of service. If you aren’t comfortable with prayer, either as I have discussed it or in the more traditional sense, consider having your life be your prayer. Let your words and actions reflect your hopes for yourself, your family, and the world.

In her sermon, “An Atheist’s Prayer,” Sally Fritsche asks that we “remember how it can feel to pray the prayers of others with our whole hearts, to stop trying to make a prayer fit neatly in our theology, and just let it come. To open ourselves to some change, to pray heartily, and to learn something.”

Julie Gebhart is a member of Harmony UU.