The Importance of Recognizing “The Other”

The Importance of Recognizing “The Other” 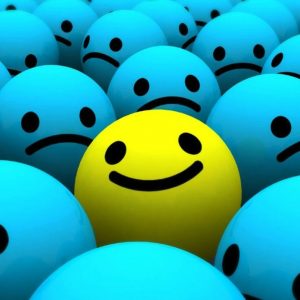 This sermon, “The Importance of Recognizing ‘The Other,’” was originally delivered to the congregation of Harmony, a Unitarian Universalist Community, on May 6, 2018. It is published here with permission from the writer, with all rights reserved.

I’ve been thinking about this sermon, in one form or another, since I first attended a service here at Harmony as a visitor. I’ll do my best not to get too emotional or start sobbing like a child while I’m up here, but the importance of recognizing the “other” (both in our social interactions and within ourselves) is a topic of great emotional magnitude for me. 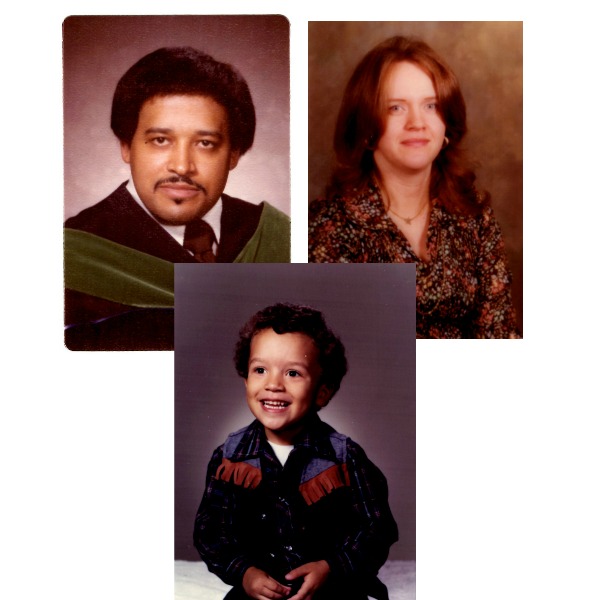 I personally never felt comfortable with the idea of disregarding the racial identity of either of my parents. I can’t look at my black father and say, “Hey, Dad. I’m white.” And I can’t look at my white mother and say, “Mom! Guess what? I’m black.” I don’t look exactly like either of my parents but I look exactly like an amalgam of BOTH my parents … so, by the time I graduated high school I personally settled on the idea that the terms multiracial, mixed race, biracial or “person of color” made the most sense for me to use when identifying myself.

Still, I learned from a much earlier age that how I identify myself doesn’t always match up with the way people identify me. I encountered one of the more peculiar ways in which our larger society forced me to identify myself when I started taking standardized tests in elementary school during the 1980s and had to fill out forms like this: 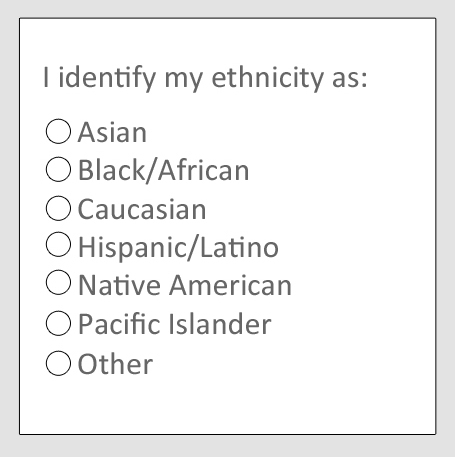 Now, most racial self-identification forms have changed over the decades to accommodate a wider range of ethnicities today. Nevertheless, I have to confess that I always felt odd filling in the circle for “other” as a child.

How we identify ourselves as individual human beings and as members of a larger social structure, and how different people identify us, is a foundational cornerstone of social interaction. So what does it mean to be “the other” in society?

When I consulted the Merriam-Webster Dictionary for the multiple definitions of “other,” there are several that stand out:

Well, these are just dictionary definitions. Why does it matter how we personally define or treat “the other” in our daily lives?

The polarity of Western thought

Despite our many advancements as human beings over the centuries, our way of thinking is still deeply rooted in what my Freshman-year Western Civilization 101 professor called “the polarity of western thought” (good/bad, true/false, win/lose). In short, we’re talking about a dogmatic mindset in which, if one knowledge claim is held to be true all the others have to be false and will be considered as irrelevant (a win/lose situation). In our daily lives, the result is a tendency to favor and generalize only one dominant approach, viewpoint, logic and way of thinking.

Voices which differ from the “dominant logic” are rarely heard, let alone understood, and as a result are marginalized, silenced or ignored.

Any dogmatic mindset inevitably excludes other perspectives. And that subjugation of other voices, other viewpoints, other PEOPLE contradicts any diverse communication process where a variety of voices can collectively contribute to innovation, creative solutions and, in the end, share common ground. It is therefore essential for individuals and organizations to break up dominant logic, to identify its shortcomings and create space for the “other.”

In practice, however, changing an established mindset or creating a “culture shift” requires the willingness and desire to reassess our existing values and habits as well as change ingrained ways of thinking, behaving and interacting with others.

We might think it sounds simple and straightforward to challenge our existing values and ingrained ways of thinking, but we often run into another frustrating psychological tendency tied to “the polarity of western thought” that I mentioned before. 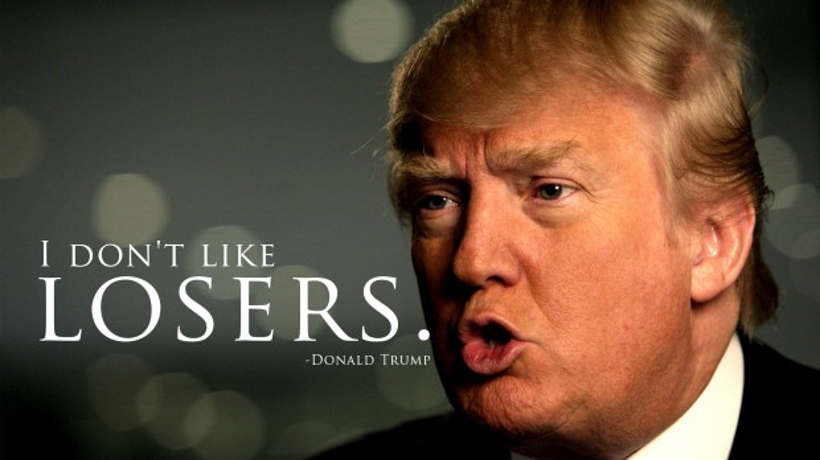 If you currently enjoy a position of privilege in society and a less privileged individual or group expresses the desire for equality with you, it’s only natural for a person in the privileged position to feel persecuted or oppressed and resist change because our dominant logic says we can only have winners and losers. No one wants to be a loser.

As the fictional NASCAR great Ricky Bobby is fond of saying, “If you’re not first, you’re last!” Personally, I prefer the alternative viewpoint of Ricky Bobby’s father in the movie Talladega Nights.

If we tend to view everything and everyone in terms of good/bad, true/false, win/lose then challenging our existing values and ways of thinking has one logical outcome:

We have to acknowledge that our old way of thinking is wrong.

Facing even the possibility that we might be wrong is more difficult than many of us would like to admit. But it turns out that acknowledging the voice of “the other” inside us is one way that we can ease that discomfort. You might be surprised how effortlessly you can relate to another point of view or another person once you give yourself permission to acknowledge that you, too, have been or are now “the other” in your own social interactions. 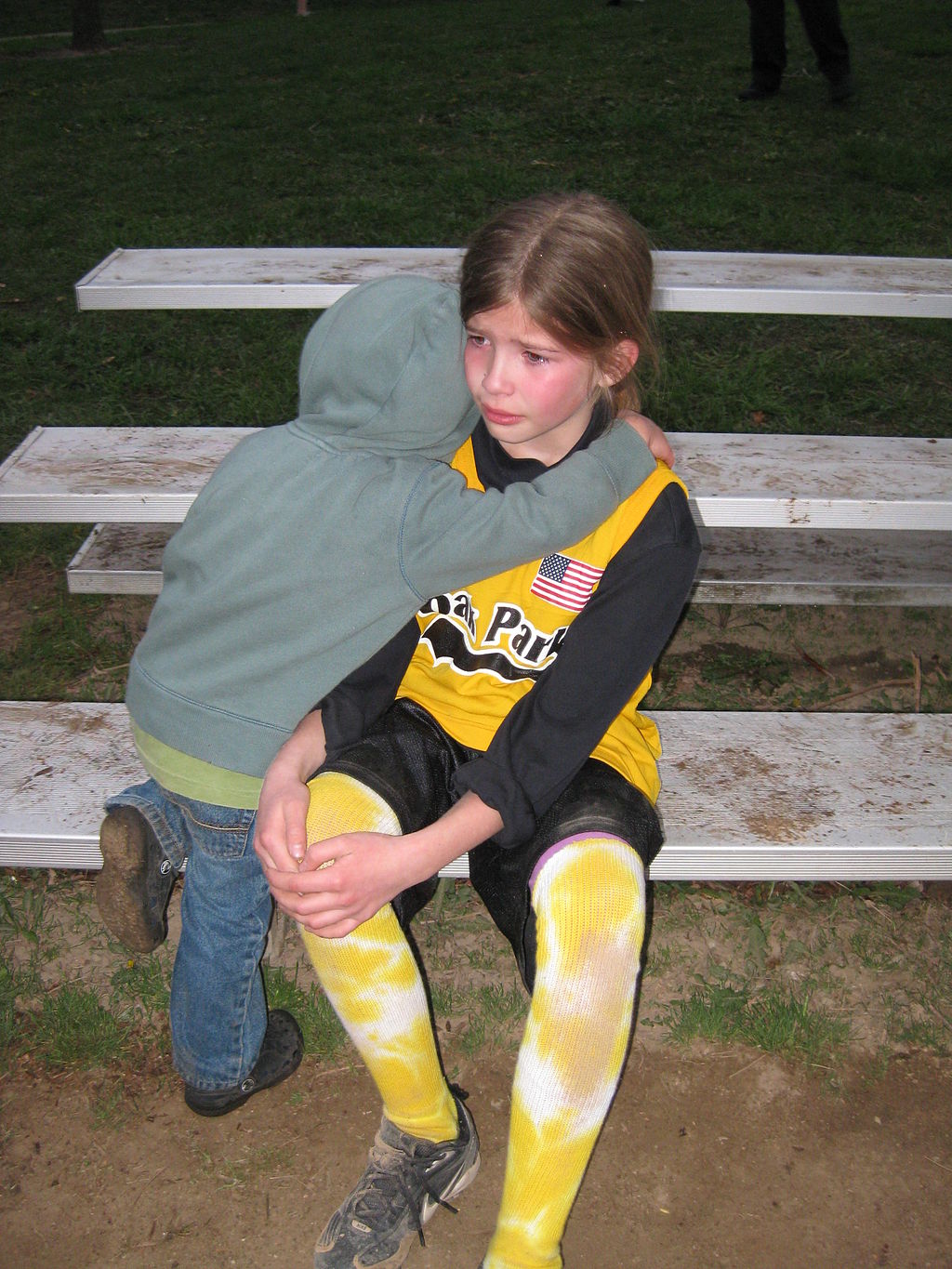 As it turns out, recognizing “the other” within ourselves is a fundamental element of empathy. Empathy is the capacity to understand or feel what another person is experiencing from within their frame of reference. In other words, the capacity to place oneself in another’s position … to “put yourself in someone else’s shoes.”

My earliest recollection of a social interaction where empathy and the ability to identify with “the other” played a key role was during my second day of school in the Second Grade. 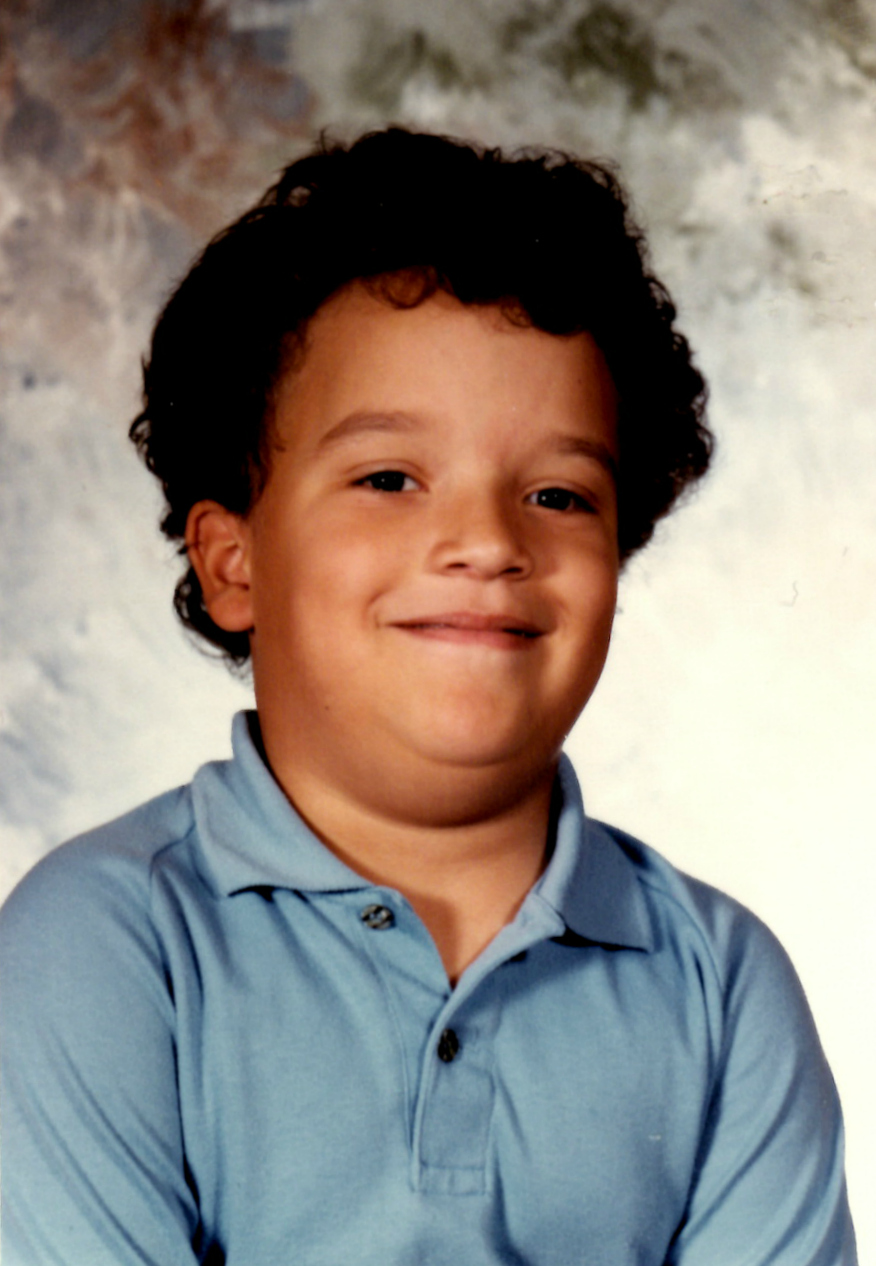 Seven-year-old me typically played with the same group of kids in my class from the time I was three or four years old in preschool. Well, that suddenly changed during recess on the second day of the Second Grade. During that recess, none of the children I usually played with would play with me. They would run off in the opposite direction if I approached them or would move to a different piece of playground equipment: If I walked up to the slide, they would move to the monkey bars. If I moved to the monkey bars, they would move to the hop-scotch area. 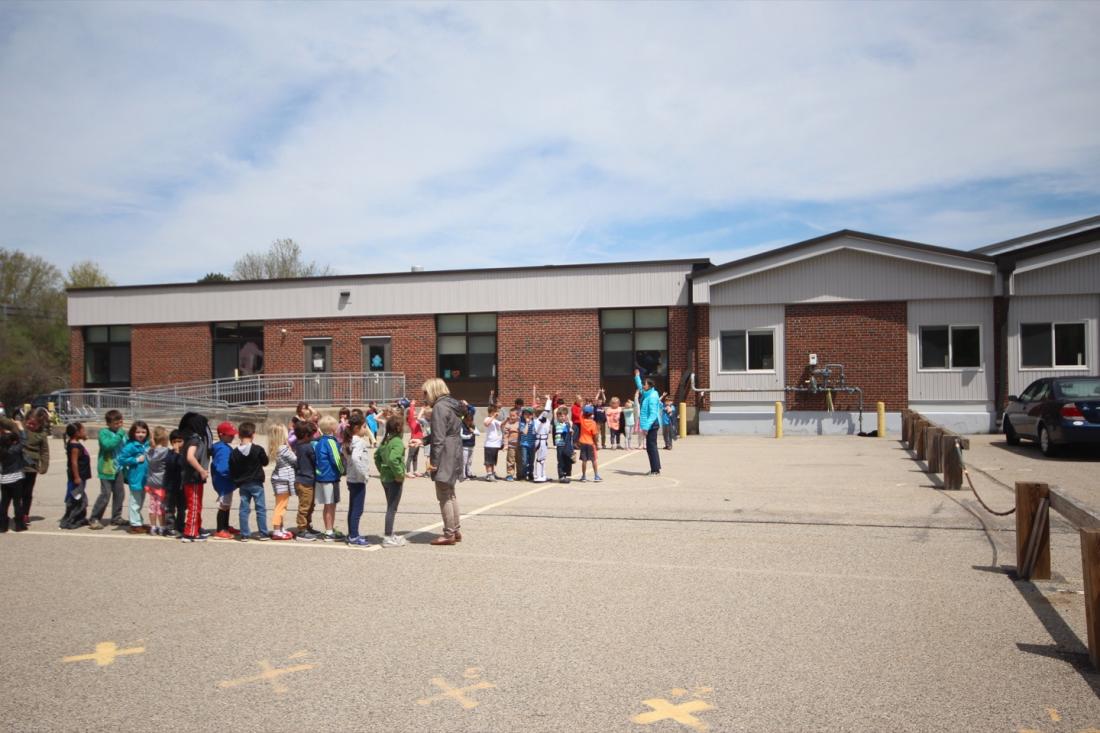 This went on for the rest of recess until a teacher blew the whistle and we had to line up to go back to class. I asked one of my friends who stood in front of me in line, “Why didn’t you play with me?” I still clearly remember the boy turned around with a confused look on his face and asked, “Are you a nigger?”

Although I don’t recall ever hearing the word before that day, I suspect there’s a strong statistical probability that at least one adult had used the N-word in my presence during my first seven years of life. However, this moment was, without question, the first time the N-word was directed at me and spoken to my face. Since I wasn’t yet familiar with that word my response to the boy’s question was simply, “I don’t know.”

I remember going home from school that day and asking my Mom what the N-word means. I also remember the pain in her eyes when I said that word and how I immediately felt like I had done something wrong by asking her that question. What I remember more than anything else was being very confused as she explained the concepts of race and racism because, as I mentioned earlier, prior to that day I thought that skin color was no different than eye color or hair color.

The next day at school recess was almost identical to the day before. None of my friends wanted anything to do with me on the playground. No one, except one boy named David. 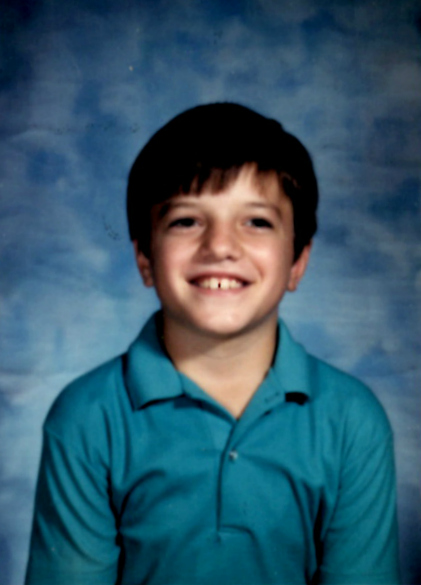 David walked up to me on the playground that day and asked if I wanted to be his friend. Why did David become my friend that day on the playground when none of the other white boys in my class would? Well, the answer is empathy and it started with a young boy recognizing “the other” in himself.

On the surface, David was like every other boy who didn’t want to socialize with me at school. As a matter of fact, I would learn many years later that David’s father held some old-fashioned, downright racist attitudes about people of color, and it took some time for David’s father to become comfortable with the idea that his son’s best friend was biracial.

So why did this skinny white boy with the racist dad want to be friends with me? What made David different from those boys who had been my regular playmates for at least three years prior? There was one key difference; David was “held back” a year and had to repeat the Second Grade instead of being permitted to advance to the Third Grade with his friends. David was that “weird kid” who had to repeat a grade and so almost no one in my Second Grade class wanted to be friends with him.

Whether he was conscious of it or not, David realized what it felt like to be treated as “the other”—to be marginalized and ignored—and he became friends with the one person on the playground who was most like him.

And so it’s worth considering that our ability to recognize “the other” within ourselves is directly tied to our ability to show empathy for others. No two people are exactly alike, not even identical twins. Everyone who isn’t you is strange or weird in some way. What each of us has to decide for ourselves is, whether someone else is “acceptably weird” by our own standards. 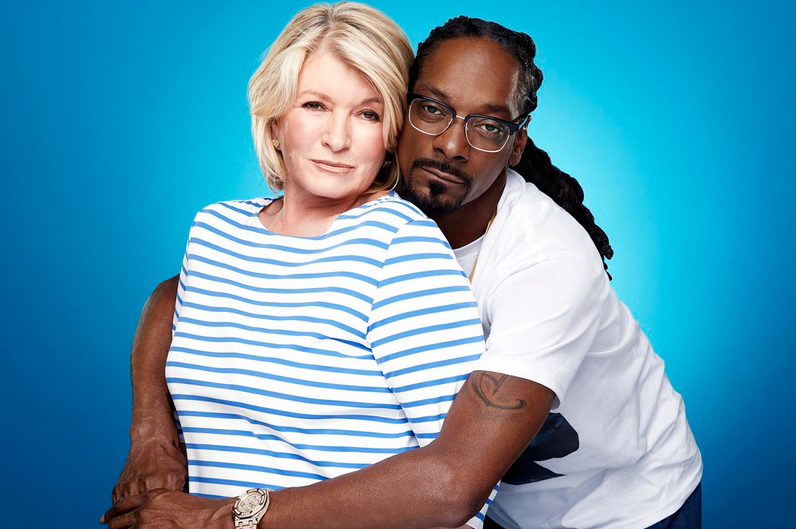 Which brings me to one of the music icons of my early teenage years and great philosophers of the 1990s, Snoop D-O-double-G. Snoop was recently interviewed by People Magazine and was asked to explain his seemingly peculiar friendship with Martha Stewart. By all outward appearances, these two people have nothing in common. So why are they friends? To quote Snoop:

“She lets me do me and accepts me for who I am.”

I understand that those of us who fit in with the privileged majority might think it seems unfair and maybe even foolish to expect the majority to give serious consideration to a minority; to pass rules and laws to make sure that “others” receive fair treatment. But I can assure you that placing a priority on empathy and equality only feels foolish or oppressive when you’re fortunate enough to be part of the privileged majority.

Jerry Jackson is a member of Harmony UU.