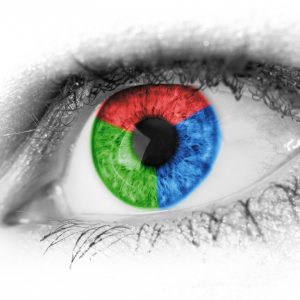 This sermon, “Unconscious Bias,” was originally delivered to the congregation of Harmony, a Unitarian Universalist Community, on February 18, 2018. It is published here with permission from the writer, with all rights reserved.

Think about the feelings you had when you were watching this video. When you saw the different groups walking in, did you have feelings for or against any of them? Paying attention to your thoughts and feelings when you meet someone for the first time is going to be a key factor in uncovering unconscious bias.

Bias is a prejudice in favor of or against a thing, person, or group compared with another usually in a way that’s considered to be unfair.

There are two types of biases:

It is important to note that biases, conscious or unconscious, are not limited to ethnicity and race. Though racial bias is well documented, biases may exist toward any social group. Today I will be focusing on unconscious bias.

Unconscious biases are social stereotypes about certain groups of people that individuals form outside their own conscious awareness. Everyone holds unconscious beliefs about various social and identity groups, and these biases stem from our human tendency to organize social worlds by categorizing.

Here’s what the research shows:

A substantial amount of research has been published demonstrating that unconscious bias has impact in various domains including the criminal justice system, education, hiring, and healthcare.

Why do we have unconscious biases? 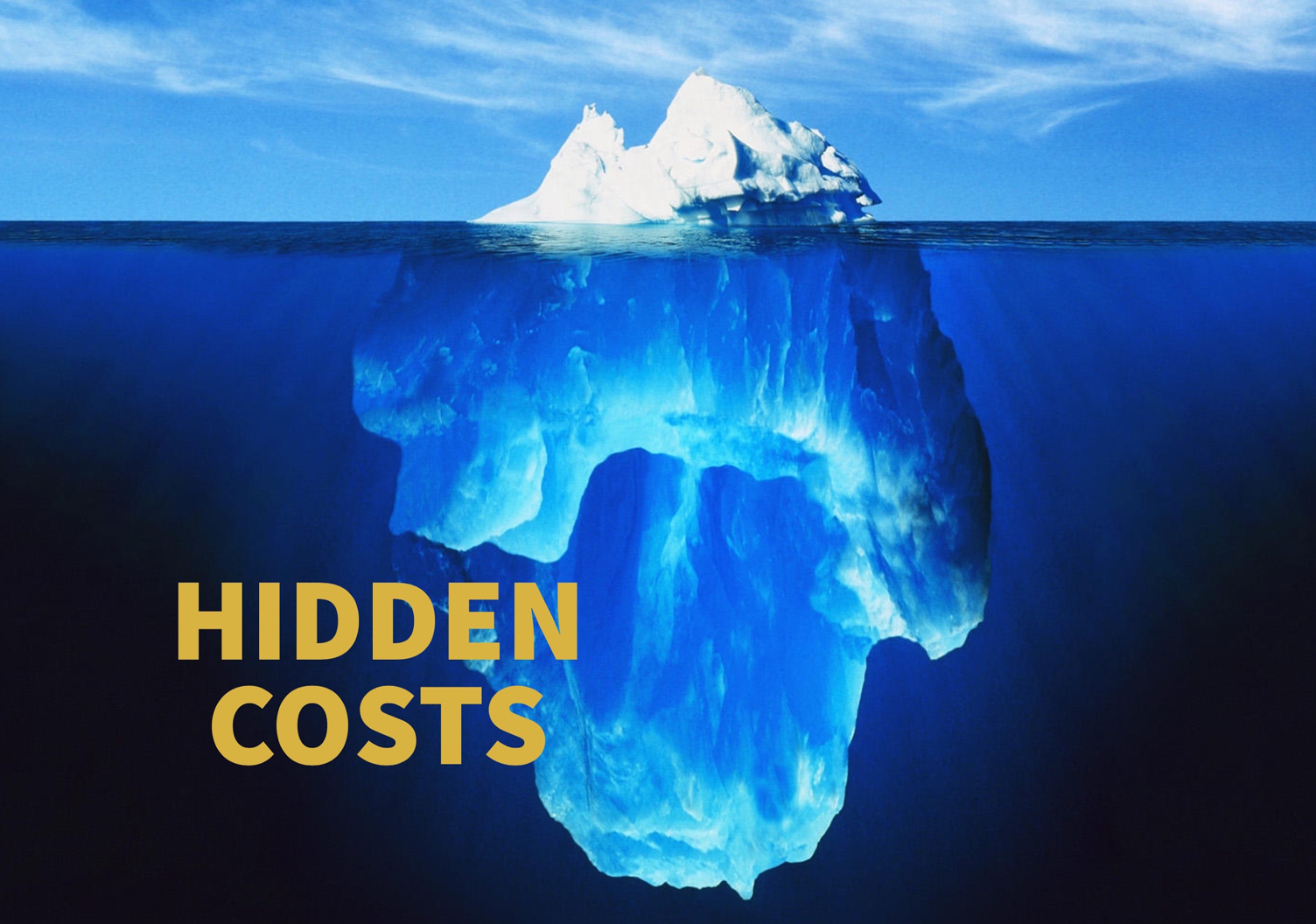 Many researchers suggest that unconscious bias occurs automatically as the brain makes quick judgments based on past experiences, stereotypes, and personal background. We instinctively categorize people and things using easily observed criteria such as age, weight, skin color, and gender. And we also classify people according to educational level, disability, sexuality, accent, social status, and job title, automatically assigning presumed traits to anyone we subconsciously put in those groups. As a result of unconscious bias, certain people benefit and other people are penalized.

The “advantage” of this system is that it saves us time and effort processing information about people, allowing us to spend more of our mental resources on other tasks. The clear disadvantage is that it can lead us to make assumptions about them and take action based on those biases. This results in a tendency to rely on stereotypes, even if we don’t consciously believe in them.

What are examples of unconscious biases?

Unconscious feelings can play a strong part in influencing our judgement of certain people and groups. One of the most prominent areas of life where bias can play out is the workplace. In fact, one of the strongest biases we have in the workplace is gender bias. Why? Well, our feelings about gender and the stereotypes we’ve all associated with gender are something we’ve developed throughout our whole lives. How we’ve been brought up, where we’ve been brought up, our socialization experiences, who our friends are/were, as well as media influences, all affect how we think and feel about certain types of people – and especially about what makes a man a man and what makes a woman a woman. 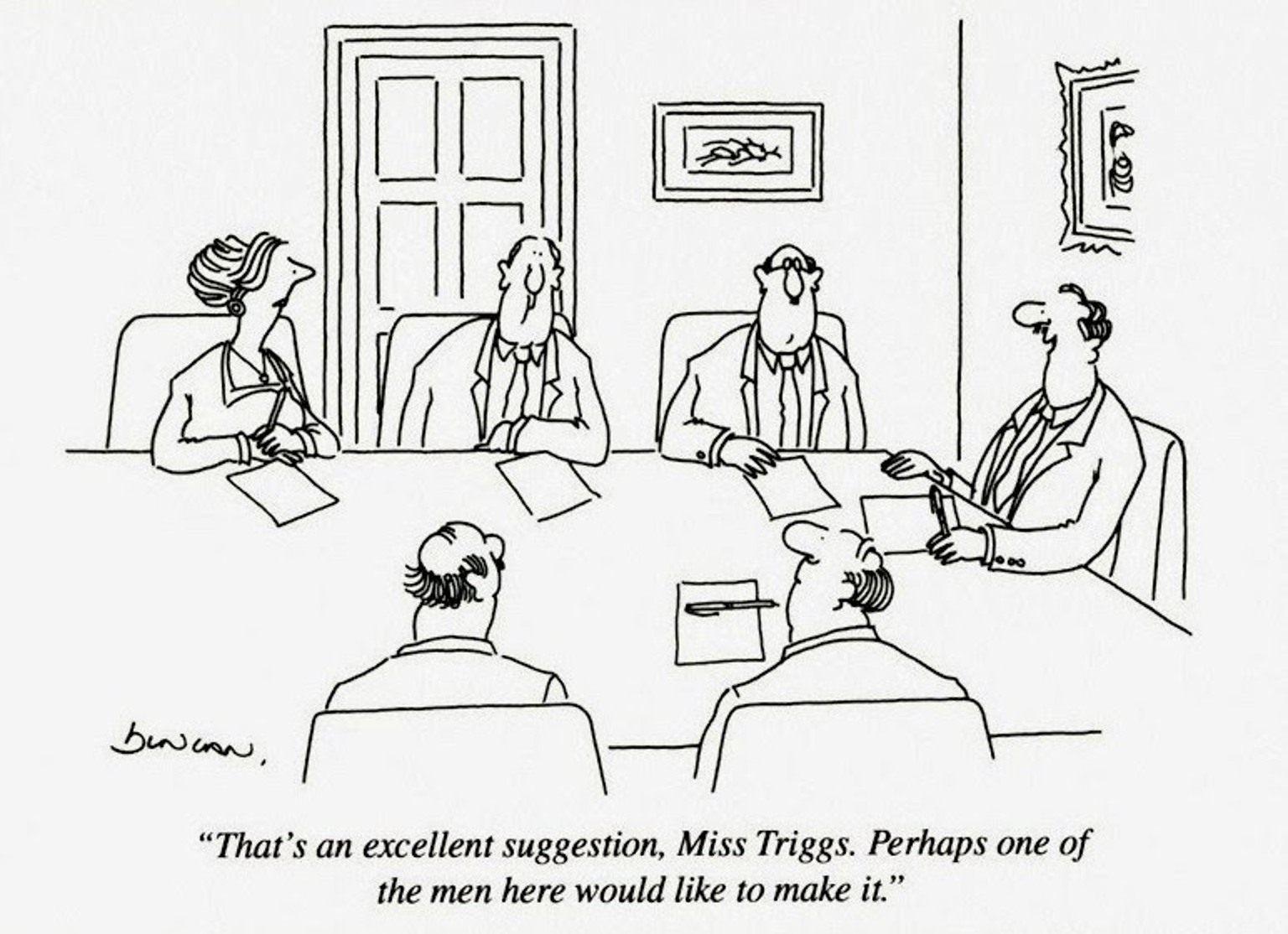 Here are some other types of unconscious bias:

Based on a famous study that’s been around for decades, conformity bias relates to bias caused by group peer pressure. In the study, a group of people is asked to look at the height of a line in a picture on the left and say which of the lines shown on the right matches the line on the left. One individual is told to say what they think. The rest of the group is told to give the wrong answer. Based on peer pressure, the first individual usually changes their mind to conform with the group.

This is the view that we tend to think that the most handsome individual will be the most successful. But this can also play out in terms of other physical attributes a person may have.

For example, while 36% of US CEOs are over 6.2 feet, only 4% of the US population is over 6.2 feet tall. So this shows some bias in terms of how we perceive what a CEO should look like.

This plays out a lot in terms of hiring. Affinity bias occurs when we see someone we feel we have an affinity/connection with e.g. we attended the same college, we grew up in the same town, or they remind us of someone we know and like.

Naturally, we want to surround ourselves with people we feel are similar to us. And as a result, we tend to want to work more with people who are like us.

Here are some personal examples:

One of my biases was that middle-aged white men won’t be accepting of my sexual orientation. There was a situation a few years back when I was becoming friends with a man in my organization. I was worried about his reaction if he found out I was gay, so I didn’t say anything. Then one day he showed up at my cubicle with a funny look on his face and I thought, oh no, he found out. Well – yes, he found out, but the reason was that he was looking on line for a LGBT focal at GE to talk to about his sister, who is gay and estranged from the family. He wanted some help to understand how to bridge the gap. It turned into a wonderful conversation. So my assumed bias had no basis in reality. This experience helped me to turn an unconscious bias into a conscious one so that I could be aware of it and act accordingly in the future.

Another bias I had is around education. Since I have a college education, I was more comfortable around people with college educations and avoided building relationships with others. My discomfort was around not knowing what to talk about, or feeling awkward. I have actively worked to change this bias. In one of my recent positions at GE I was the customer support manager for KLM airlines. I interacted with people from the CEO of the airline to the mechanics who build the engines. There was a group of 10 or so mechanics who came to Cincinnati for training. I didn’t know any of them, and arranged a happy hour while they were here. I was a bit nervous. They all showed up and as they walked into the bar, I got more nervous – 10 big tall guys – what was I going to talk about? Well we sat down and just started chatting and by the end of that happy hour I was having really great conversations with several of the guys. One of them has become a good friend, and when I would travel to Amsterdam for business I would get together with he and his wife to do things over the weekends.

It’s important to mention however, that most bias stereotypes do not come from a place of bad intent. It’s just a deep seated, unconscious stereotype that’s been formed in our brains through years of different influences we often had no control over.

How does bias affect our actions?

“Most of us believe that we are ethical and unbiased. We imagine we’re good decision makers, able to objectively size up a job candidate and reach a fair and rational conclusion that’s in our, and our organization’s, best interests,” writes Harvard University researcher Mahzarin Banaji in the Harvard Business Review. “But more than two decades of research confirms that, in reality, most of us fall woefully short of our inflated self-perception.”

Yes, in reality our biases affect us and our decision-making processes in a number of different ways:

How to avoid unconscious bias 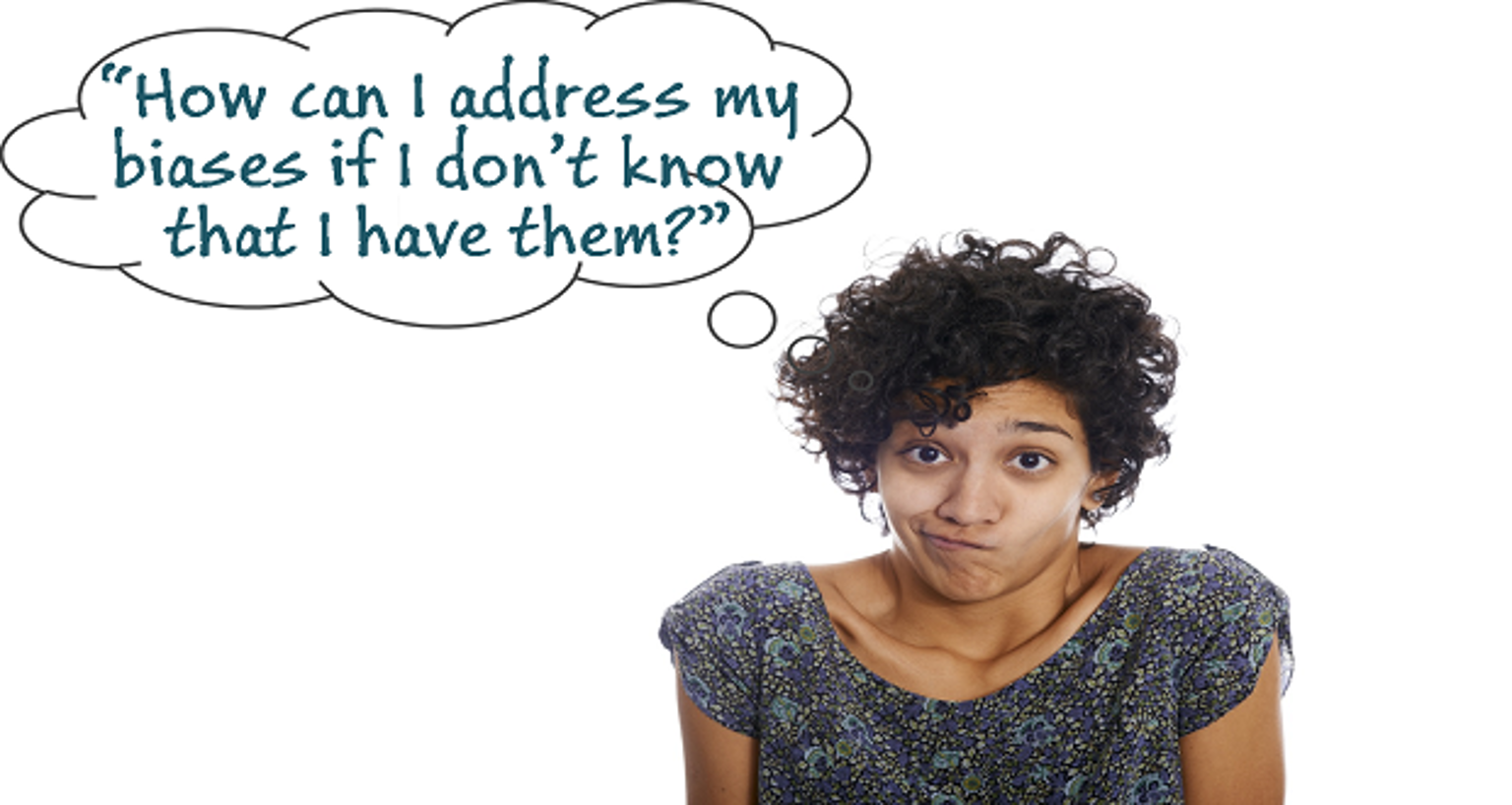 Recent studies within cognitive science point us to the conclusion that biased decisions are not made by bad people with bad attitudes, but rather by well-intentioned people who are unaware of the internal unconscious processes that may be affecting their decision-making every day.

Recognize your own biases

You need to be honest with yourself about the stereotypes that affect you. For example, you may consciously think that men and women are equally effective leaders but, as a woman, you believe that men perhaps don’t have the same level of empathy and people skills as women. That subconscious bias could influence your actions towards men.

Neurological tests and exercises can uncover unconscious biases and reduce their influence. One way to reveal your own unconscious bias is by taking the Implicit Association Test (IAT), created by researchers from Harvard, Virginia and Washington universities. This measures the strength of links you make between concepts, for example race or sexuality; and evaluation of stereotypes, such as whether those concepts are good or bad. 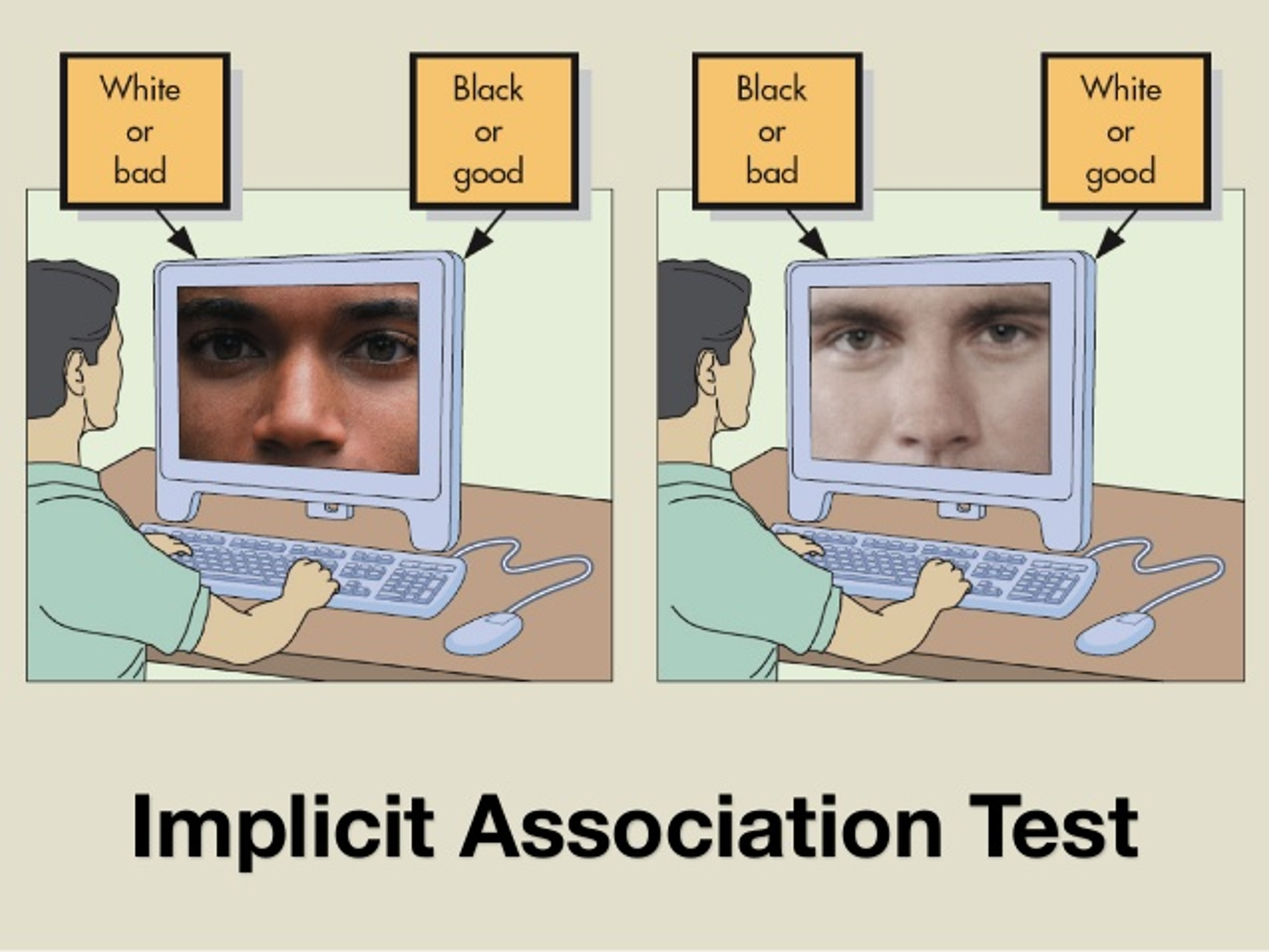 The IAT measures the relative strength of associations between pairs of concepts. It is designed as a sorting task in which individuals are asked to sort images or words that appear on a computer screen into one of two categories. The basic premise is that when two concepts are highly correlated, people are able to pair those concepts more quickly than two concepts that are not well associated.

Here are a couple examples highlighting the use of the IAT in healthcare.

Here are some individual strategies to address unconscious bias: 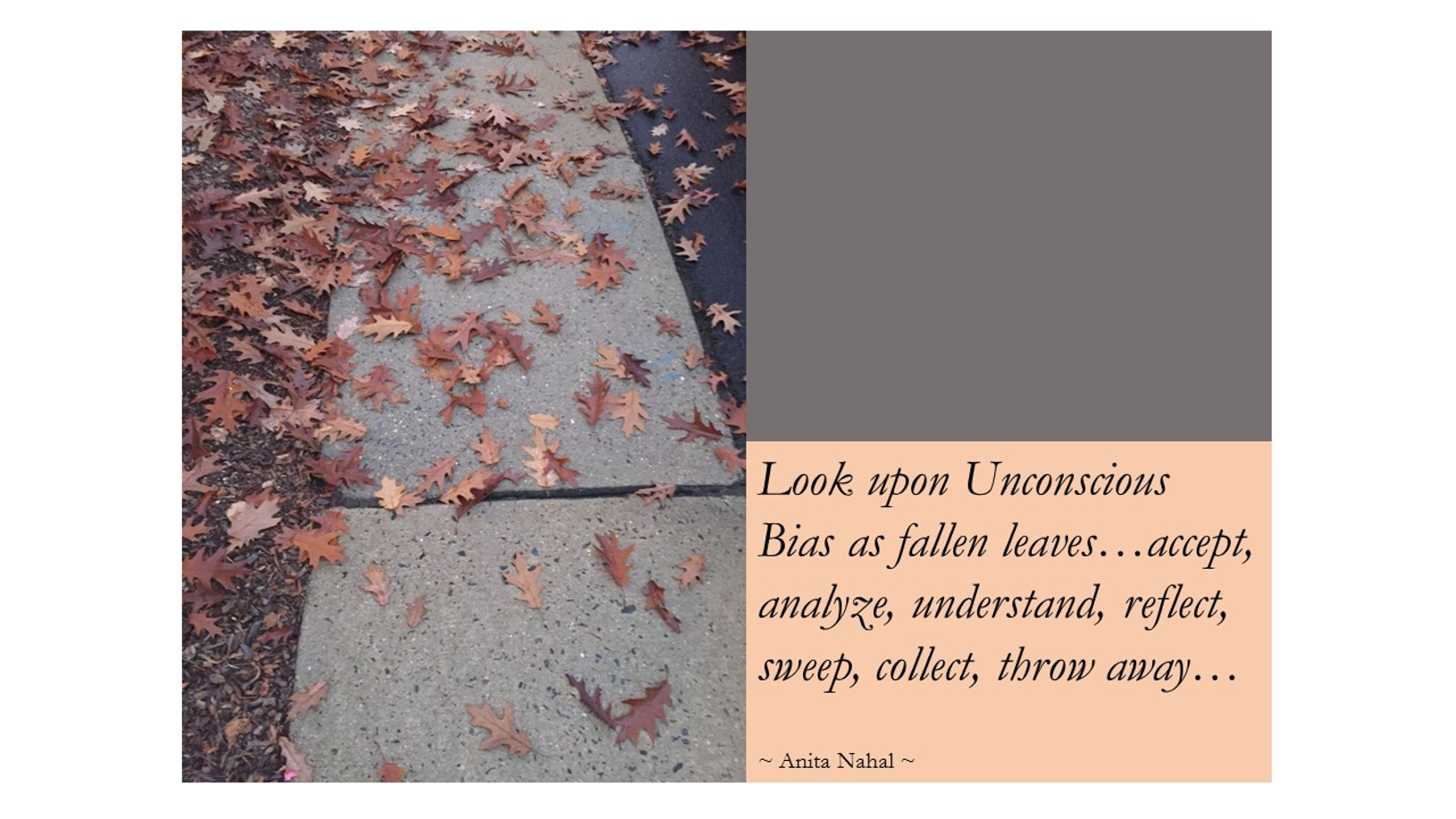 No matter how unbiased we think we are, we all have subconscious negative opinions about people who are outside our own group. The more exposed we are to other groups of people, the less likely we are to feel prejudice against them. If we can get past our biases, then we can reap the benefits of diversity in our communities, our workplace and, yes, even our families (bias can be around our expectations of our children – ie studying math or science is better than English, or playing sports is better than being in the band). Benefits are numerous and can include reduced inequalities; increased group cohesion; enhanced relationships; and greater appreciation for equity, diversity, and inclusivity.

As the first video highlights, we have more in common than what separates us. Building relationships with people different than us is the key strategy. By connecting with people, we realize our shared humanity. Our unconscious biases will make some of these connections initially uncomfortable, however we need to lean into our discomfort, engage, listen, share our stories, and ask questions.

Karen Morgan is a member of Harmony UU.